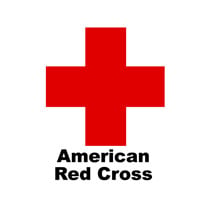 Ruth Marie Massey Frederick, 93, of Morristown, died Friday, May 29, 2020. A community leader, Frederick left her mark on Morristown through the many organizations she served and the lives she touched. Frederick served as executive director of the Hamblen County Chapter of the American Red Cross from 1979 until her retirement in 1995. She helped found the Morristown-Hamblen Humane Society and was an important member and past president of the Somo Sala Circle. In 1978, she was named Morristown's First Lady. The daughter of John William Massey and Alise Corinne Nealy, Frederick and her family moved to Morristown when she was in the third grade, from Georgia by way of Chattanooga. She graduated from Morristown High School and Tusculum College. Ruth taught business education at Oak Ridge, Whitesburg and Morristown high schools as well as at State Tech. Ruth had been with her friend, Barbara Tuttle, who soon married Bill Hale, at the Little Dutch Restaurant when she first met ex-G.I. Lawrence "Larry" Frederick, who was sitting on the first stool by the cash register. Larry was working at the new Enka factory and their first date was to Cherokee Lake, where young folks could play miniature golf and watch the first water skiers on the still-new lake. Their later dates included miniature golf, dancing, picnics at the lake and trips to the "Petie's Puddle" swimming pool. Once she retired from the Red Cross, she began studying drawing under Wendy Leedy. She discovered a passion for art and began drawing pencil sketches of her children, grandchildren and pets. As a charter member of the Humane Society, she especially enjoyed drawing animals. Her award-winning work was showcased at several regional contests. Ruth was preceded in death by her parents and her husband of 48 years, Larry; brother, William "Billy" Massey; and grandson, Steven Michael Johnson. She is survived by daughter, Amy Susan Johnson; granddaughter, Susan Marie Johnson; great-granddaughter, Adelaide Anne Marie; son, John Robert Frederick; grandchildren, Jacob Robert and Taylor Nicole Frederick, Taylor Anne Frederick-Marple and Colby Emerson Frederick; and great-grandchildren, Theodore Emerson Frederick, and Elsie and Alice Marple. The family recognizes friend and caregiver Donna Price. A private graveside service is planned for Thursday, June 4 at Jarnagin Cemetery. In lieu of flowers the family suggests memorials be made to the Hamblen County humane Society, American Red Cross, or to TN Food on Foot.

Ruth Marie Massey Frederick, 93, of Morristown, died Friday, May 29, 2020. A community leader, Frederick left her mark on Morristown through the many organizations she served and the lives she touched. Frederick served as executive director... View Obituary & Service Information

The family of Ruth Marie Frederick created this Life Tributes page to make it easy to share your memories.

Send flowers to the Frederick family.