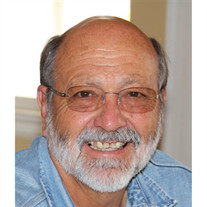 Roger Lee Trent passed away on August 24, 2021, at Morristown-Hamblen Hospital following a brief illness.  Roger was born on August 27, 1948, in Hancock County (Sneedville), TN.  He grew up playing and working on his family farm.  He married his high school sweetheart, Aletha Beckler, in 1969 and moved to Morristown for a short time and then Russellville where they would build their home and start a family together. Roger may have been best known for his successful career in the excavating business.  He started his path in this career by helping his dad build homes and work in logging industry with his uncle to eventually being introduced in the excavating business by his father-in-law and then becoming an owner/operator with his own bulldozer and truck. What made him unique was his willingness to do work other people could not do and to work long hours if needed to meet clients demands.  It wasn't uncommon to see Roger moving equipment through town late at night to get a head start on tomorrow's work.  When the business started to grow and expand, he brought his son, Kevin, into the business in the early 90s and expanded it into Trent Excavating making it a father/son operation.  Together they kept taking on bigger projects and did more work for larger businesses and corporations; and, today, the business has evolved into Trent Earthworks.  He had a strong work ethic and a reputation for his high integrity and for the quality of his work.  Being in the excavating and grading business for over 50 years, Roger was known both locally and throughout the region as one of the best in his field and loved meeting and talking with people in the industry about work and life.  He always had a funny story or comment to say that would leave a smile on your face. Roger had a huge passion for his work life and an even bigger passion for his family and friends.  He always had a never-say-no attitude for anyone that needed him for anything.  Later in life Roger found a new-found love for his 3 grandchildren and his new title, Papaw Trent.  No matter how busy he was if he had an opportunity to be with them it could wait.  His patience with them was so impressive.  He loved talking to his friends and coworkers about them; he would always have a picture or a video that he had taken to show.  Nothing would excite him more that talking about his grandchildren. Roger was preceded in death by his father, Kyle Trent; mother, Ruth Seal Trent; brother-in-law, Ben Hopkins; and niece, Lila Hopkins Seal, all of Sneedville.  He is survived by his wife of 51 years, Aletha; their son, Kevin Trent and his wife, Julianna; and his three grandchildren Kelanna Love Trent, Railyn Leigh Trent, and Zane Beckler Trent.  He also leaves his sister and brothers, Judy Hopkins, Sneedville; James (Joann) Trent, Lima, Ohio; and Doug (Mary) Trent, New Tazewell; several nieces and nephews, and his sisters and brothers-in-laws, Janie (Michael Lee) Beck and Peggy (Ambrose) Brewer of Morristown. Funeral services will be held on Thursday, September 2, 7 p.m., with visitation from 4 p.m. to 7 p.m., at First Baptist Church, Morristown, with graveside services on Friday, September 3, 10 a.m., at Hamblen Memory Gardens, Russellville.  The Reverend David Wheeler (Papaw Wheels) is officiating.  Pallbearers are Michael Lee Beck, Ron Byrd, Benjamin Hopkins, Jerry Johns, Billy Smith, Craig Stansberry, Rick Trent, Terry Wolfe, and Ambrose Brewer (Honorary Pallbearer). In lieu of flowers contributions may be made to Boys and Girls Club, Morristown.

Roger Lee Trent passed away on August 24, 2021, at Morristown-Hamblen Hospital following a brief illness.  Roger was born on August 27, 1948, in Hancock County (Sneedville), TN.  He grew up playing and working on his family farm.  He married... View Obituary & Service Information

The family of Roger Lee Trent created this Life Tributes page to make it easy to share your memories.

Send flowers to the Trent family.