Mayes Family Services, Downtown Chapel (located on the corner of Jackson and Main Streets) sits in the heart of Morristown’s central business district. Surrounded by financial institutions, law offices, governmental agencies, churches and the local library; its location and feasibility to the entire community is excellent.

In 1855, Morristown was incorporated into a town with 175 citizens. Following the Civil War, union Major John Murphy returned to Morristown and purchased land on which to build the family residence. Major Murphy served as mayor of Morristown from 1867 to 1869 and was active in the formation of the county and the building of the courthouse. He also served 25 years as clerk and master. The property was purchased from Porter and Emma Jarnagin in September 1866. Construction began immediately. Bricks for the 18-inch thick walls were burned at a kiln a few blocks north of the house under the personal supervision of Major Murphy. The tin roof, which is still on the building, was imported from England. Painted red, the house was called “Ruby Mansion” and is Morristown’s oldest existing brick home. After serving as a house, doctor’s office, and boarding house, it eventually became Brooks Mortuary, owned and operated by Fred and Mary Ann Brooks.

Brooks Mortuary was purchased in the early 1970’s by Herbert and Buddy Mayes. “Ruby Mansion” then became Mayes Mortuary. The house now serves as the center section of the funeral home, having had a new face and additions to the rear of the building. 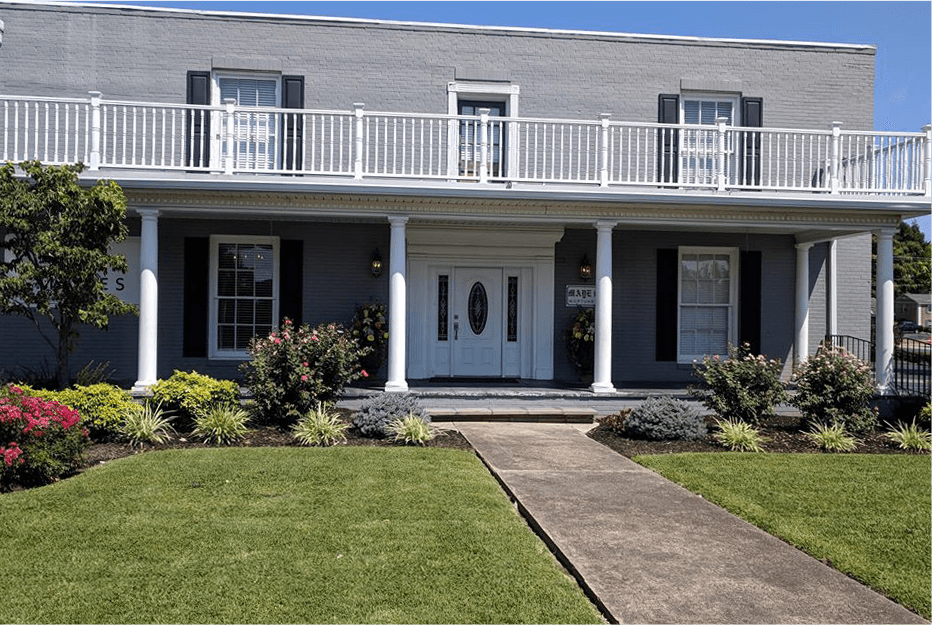 Why Choose Us?
About Us
Our History
Our Staff
Testimonials
Contact Us
News and Events