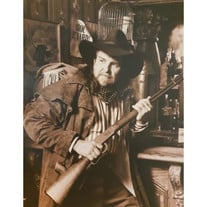 Robert "Bob" Fogell, age 75, passed away Monday, February 10, 2020 at Morristown-Hamblen Healthcare Systems. He was a veteran of the U.S. Army. He was preceded in death by his parents, Frank Fogell and Angeline Sowka; sister, Patricia Mills;... View Obituary & Service Information

The family of Robert "Bob" Fogell created this Life Tributes page to make it easy to share your memories.

Send flowers to the Fogell family.