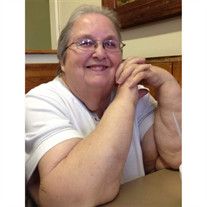 Lynn Ellen Beaver Celello peacefully entered eternal rest at her home in Morristown, TN on Saturday, August 7, 2021 at the age of 77 after a long battle will illness over recent years. Originally from Derby, Connecticut, born there on May 10, 1944, she and her husband Joseph, along with two of their children, relocated to Morristown in early 1990 after having enjoyed many vacations in the Smokey Mountain area.  All found comfort and acceptance in their adopted hometown and secured employment within their community with Joseph at Walters State Community College and Lynn at East Morristown Walmart where she was employed for the better part of 27 years. Lynn had a profound love for water, growing up along the Housatonic River in McConney Grove.  She had a natural for cooking, providing family favorite dishes and desserts at the holidays and throughout the year.  She enjoyed gardening while living on dairy farms around Connecticut that produced an abundance of vegetables to not only her family but friends and neighbors as well.  Although very few were aware, she had a tremendous singing voice along with a sincere appreciation for music.  She adored her backyard birds, especially hummingbirds, of which she had an extensive collection of keepsakes that reflected her affection for the species.  She prized her Roseville pottery, Hummel figurines, carousels and nativities, all of which brought her indescribable joy, but with all else aside, what she held closest to her heart was her family.  Her humor would light up a room with laughter within the company of those she felt comfortable enough to allow it to show while her reservations of uncertainty in unknown gatherings kept her true self under wraps.  Equally, those who were privileged with her unique personality will hold her memory dear while those who didn't have the opportunity to truly know her will never understand the depth of their loss. She was preceded by her parents Florence Eleanor Beaver Barton, Charles Stanley Beaver and her husband of 48 years, Joseph Francis Celello. She is survived immediately by her sister, Nancy Beaver Harkins of Ansonia, CT; son, Joseph Celello and his wife, Diane of Woodbury, CT; son, Kevin Celello and his wife Lisa of Dandridge, TN; daughter, Kim Celello Sears and her husband Ty of Morristown, TN.  Grandchildren, Joseph Celello III and Phoenix Celello of Woodbury, CT, Kimber Celello Justice and Payne Celello of Dandridge, TN Lexi Sears Adams and Ty Sears of Morristown, TN.  Nieces, Tracy Harkins Harra of Morris, CT; Carrie Harkins Chapin of Watertown, CT and Sherry Harkins Nash of Shelton, CT.  She also leaves behind aunts, uncles, cousins, nieces and nephews from both sides of her family. Graveside and entombment services will be held at Hamblen Memory Gardens and Mausoleum, 5421 East Andrew Johnson Highway, Morristown, TN on September 12 at 1:00 PM. In lieu of flowers, the family requests donations be made to the Parkinson's Foundation.

Lynn Ellen Beaver Celello peacefully entered eternal rest at her home in Morristown, TN on Saturday, August 7, 2021 at the age of 77 after a long battle will illness over recent years. Originally from Derby, Connecticut, born there on May... View Obituary & Service Information

The family of Lynn Celello created this Life Tributes page to make it easy to share your memories.

Send flowers to the Celello family.