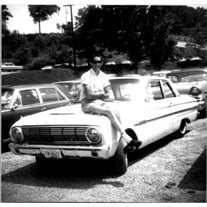 Glenn Marion Parker, age 77, died in his home surrounded by family in Morristown on February 23, 2021. He lived a fulfilling life as a husband, father, grandfather and great-grandfather. He loved fishing and hunting. He will be greatly missed.... View Obituary & Service Information

The family of Glenn Parker created this Life Tributes page to make it easy to share your memories.

Send flowers to the Parker family.