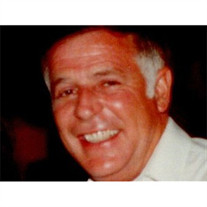 Glen Edsel Dearing of Morristown, Tennessee passed away July 27th, 2019. He was born in Morristown, Tennessee on November 3rd, 1934. He was the son of the late L.B. Dearing and Nellie Hunt. In addition to his parents, he was preceded in death by his wife Donna Dearing and sister Kathleen Zeigler. Glen was an electrical inspector for the state of Tennessee until he retired at the age of 80. He was a member of First United Methodist Church. He also served in the Lion's Club for many years. He enjoyed farming, loving his children and grandchildren, and spending time with friends. No one was a stranger to Glen, and he approached all of those around him as a joker, but generous man. Glen is survived by his children Mike and fiancée, Louise Ratliff, Chris Dearing and wife, Susan, and Lacy Stultz and husband, Ed Stultz; grandchildren Bradley and wife Rachel, Justin and wife Lauren, Christian and wife Lauralee, Nicholas and wife Breanna, Alexandra and Elizabeth Dearing, and Alaina and Madelyn Stultz; step grandchildren Andrea Rhodes and husband Adam, Jimmy Cartrette, Stephen Boyette, Christina Huff and husband Derek, Julianna LeMonds and husband Daniel, brothers J.C. and E.C. Dearing, as well as many loving nieces, nephews, and great grandchildren. Very special nephew: James Dearing, who loved him like a father. Arrangements have been made for visitation on Tuesday, July 30th from 5 to 7pm at Mayes Mortuary. Graveside service will be Wednesday, July 31st at 10:00am at Jefferson Memorial Gardens.

The family of Glen E. Dearing created this Life Tributes page to make it easy to share your memories.

Send flowers to the Dearing family.