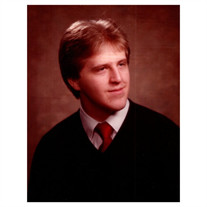 Douglas A. Stanbery "Big Doug" lost his ongoing battle with medical issues on September 13, 2020, and is now in a place with a healed body. He came into this world August 23, 1967, in Pontiac, MI. He was the middle son or as we would like to joke about it, the "Jan Brady" position. He had the typical childhood and managed to survive playing lawn darts and riding in a car without seatbelts. He graduated from Pontiac Central HS in 1985. His two main passions were working on cars and food. He was the go-to person for the family when you had a problem with your car. But his main passion was food. Both cooking it and eating it. He worked in the restaurant business for more than 35 years; everything from fast food, casual dining and private club work. If you wanted a steak done right, great BBQ or award winning chili, he was your guy. During his long career in Morristown, chances are you had a meal he cooked. He was loved by many for his food but also for his sense of humor and big heart and will be missed. He is preceded in death by his dad Vaughn but is now together and can catch up on their fishing together. He is survived by his mom Norma; his two brothers Michael and Tony; his sister-in-law Chrissi; his niece Courtny and nephew Zachary, and his pride and joy, son Devaughn, of which he still carried an actual picture of in his wallet. He also helped raise Kristina Dorsey and thought of her as his own daughter and to her son Aidan he was papaw.  He will be missed but we know he is in a better place and free from pain. The family will receive friends from 2:00 to 6:00 pm on Sunday, September 20, 2020, at Mayes Mortuary in Morristown. To follow Hamblen County Covid-19 protocol, we do ask that while visiting the funeral home, please wear a mask and practice social distancing.  Graveside services will follow at 12 noon on Monday, September 21, 2020, at Sugar Grove Cemetery in Butler, TN. In lieu of flowers the family request donations to assist in covering funeral expenses. We could like to extend thanks to the medical staff at MHH who cared for him during his final battle. Arrangements entrusted to Mayes Mortuary, www.mayesmortuary.com, of Morristown.

Douglas A. Stanbery "Big Doug" lost his ongoing battle with medical issues on September 13, 2020, and is now in a place with a healed body. He came into this world August 23, 1967, in Pontiac, MI. He was the middle son or as we would... View Obituary & Service Information

The family of Douglas Allen Stanbery created this Life Tributes page to make it easy to share your memories.

Send flowers to the Stanbery family.