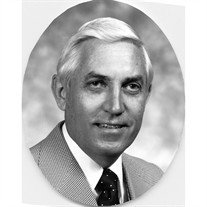 Don Gary Lovell, age 88, of Morristown, went to be with The Lord Saturday, April 13, 2019.  He was a devoted member of Economy United Methodist Church & retired from American ENKA/BASF after 45 years of service. Don was preceded in death... View Obituary & Service Information

The family of Don Gary Lovell created this Life Tributes page to make it easy to share your memories.

Don Gary Lovell, age 88, of Morristown, went to be with The Lord...

Send flowers to the Lovell family.